Beware of Flash Flooding in Moorhead

Flooding in a structure can occur through natural channels such as flash flooding or through the accumulation of water over a period of time from water line leaks/ruptures. Attacking this problem without professional help can become tedious and possibly dangerous in Moorhead.

When your home and/or business are affected by water damage, it is critical to act immediately to minimize cost and inconvenience. SERVPRO of Moorhead has trained professionals who are quick to respond and apply the latest equipment and techniques to make the removal of water and the restoration of your property as organized and pain-free as possible.

The drying process is timed and documented to ensure the job is done quickly and completely. Our hope is that we can make the entire unwanted experience “Like it never even happened,” and that we can continue to be your cleanup and restoration specialists in the future.

SERVPRO of Moorhead is Independently Owned and Operated. 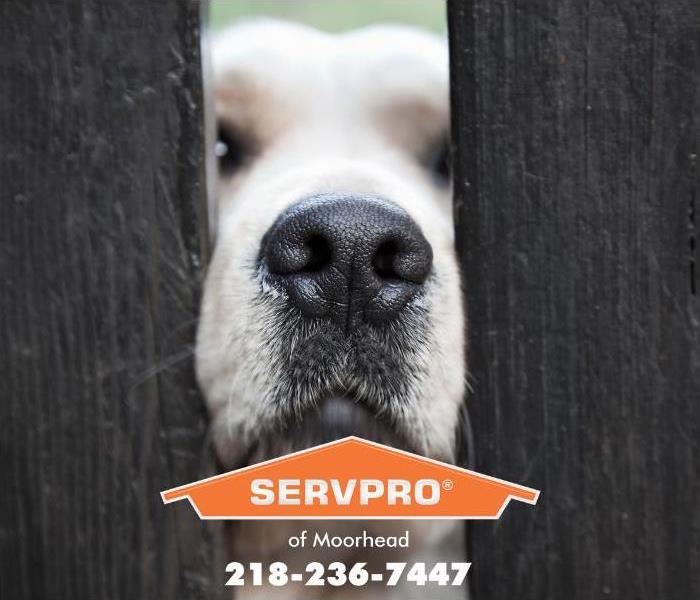 We have the training and equipment to remove any offensive odor in Moorhead.

My dog Rocky gets bored easily, but he manages to keep himself entertained most of the time. However, today I was not amused when I came home from grocery shopping in Glyndon, and my house looked like a crime scene. Rocky managed to tip over the garbage pail and scatter the entire contents all over my kitchen and living room. There were chewed bits of paper, dog-teeth-dented soup cans, mauled take-out containers, and lots of other detritus too chewed up to identify. Not only did the house reek, but Rocky also reeked, so he went outside while I called SERVPRO® of Moorhead. They sent out a team of odor restoration technicians, and they went to work immediately.

They were able to locate the odors and used products specific to each different scent they identified. They removed all the garbage and cleaned and deodorized all of the surfaces. When they were through, you would never know that there had been a stinky mess in my house! Rocky had to stay outside until he could get a bath, but hopefully, he learned his lesson.

Offensive odors can happen at any time in Glyndon, and when they do, SERVPRO® of Moorhead is Here to Help. ® Call us today at 218-236-7447. We’ll clean, sanitize, and deodorize your property, “Like it never even happened.” 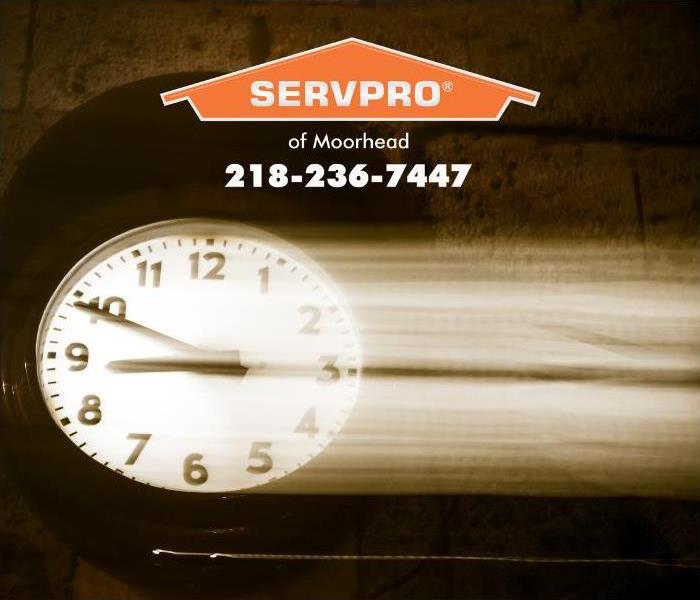 I heard the Moorhead Fire Department sirens before I saw them pull onto my street. Then I saw the smoke coming from my neighbors’ garage. The firefighters extinguished the fire, which was contained to the garage, and were completing some paperwork when I saw the crew from SERVPRO® of Moorhead arrive. I was amazed by how quickly they responded, and I watched as one team member spoke with the first responders and my neighbor, while the rest of the team immediately began the cleanup and restoration process. In less than two hours they had tarped the fire-damaged roof, boarded up the broken side window, removed the contents of the garage, extracted the water left from the firefighters, and cleaned up the soot and smoke! The next day they repaired the minor structural damage, and when they were done, you couldn’t tell a fire had ever happened!

Our team of highly trained restoration technicians is on call 24 hours a day, every day. We know that repairs can become more expensive if left too long before mitigating the damage.

When your Moorhead home or business experiences property damage of any kind, SERVPRO® of Moorhead is Here to Help. ® Call us today at 218-236-7447. We’ll clean and restore your property damage, “Like it never even happened.”

Sharing the SERVPRO History in Moorhead

SERVPRO of Moorhead is ready to make your disaster “Like it never even happened.”

Ted Isaacson opened the first SERVPRO® in 1967 in Sacramento, California selling his first Franchise in 1969.  In 1988 the SERVPRO headquarters moved to Gallatin, Tennessee. SERVPRO now has 1700+ Franchises in the United States and Canada. SERVPRO of Moorhead specializes in cleanup and restoration services in Moorhead. We can make your fire, smoke, water, or mold damage “Like it never even happened.”

What does SERVPRO do?

SERVPRO of Moorhead performs these specialties, including:

SERVPRO of Moorhead works directly with most insurance companies, and is available 24 hours a day, seven days a week in Moorhead.

Why SERVPRO of Moorhead? Each franchise is an individually owned and operated company.  We have advanced expertise in water restoration along with specialized equipment in water removal and also advanced drying equipment.

Technicians at SERVPRO of Moorhead will keep you informed as they restore your damage so you will know what SERVPRO did, and how the process worked.

SERVPRO of Moorhead is independently owned and operated.